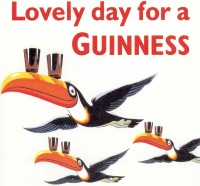 If you’re looking for more authentic ways to celebrate St Patrick’s Day this March 17th than shamrock hats and green food dye in your beer, seek out these classic Irish beers to please every palate. END_OF_DOCUMENT_TOKEN_TO_BE_REPLACED

As with all things gluten free, the taste and texture of variations of foods that typically include wheat can be disappointing. It turns out beer is no exception. Most beers are made with malt, which is made of barley, a grain that includes the gluten protein most known for its presence in wheat. As more and more people are seeking gluten free options, craft brewers have been experimenting with malt-free beer styles. While the quest is a noble one, not all the results have been palatable. END_OF_DOCUMENT_TOKEN_TO_BE_REPLACED

Pilsner beers are a variety of lager beers, the result of brewers in Bavaria experimenting around with brewing beer in icey mountain caverns. The process was slower, but it also resulted in yeast and other solids gathering in the bottom of the barrel. This bottom fermenting process turned out a light coloured drink with a cleaner, crisper taste than they had been used to. Many variations of lagers came along, including dunkels and pilsners. END_OF_DOCUMENT_TOKEN_TO_BE_REPLACED

The Pale Malts gave the beer a lighter colour compared to other beers that were brewed at the time. Pale ale was often used interchangeably with Bitter which denotes an English pale ale and was recognized for having a moderate hops flavour.  END_OF_DOCUMENT_TOKEN_TO_BE_REPLACED

Since there are so many varieties of beer around the world, it has become necessary to set certain guidelines on the styles of beer that help classifyÂ similarÂ beers.Â A beer style is basically just a classification assigned to beers based on their appearance, aroma, flavor and point of origin.Â To broaden your knowledge about beer and in the process find a truly unique beer or beer style that catches your fancy, it’s very helpful to understand about beer styles. END_OF_DOCUMENT_TOKEN_TO_BE_REPLACED