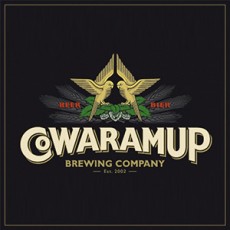 Cowaramup Brewing Company is a family owned microbrewery situated in the world renowned Margaret River Region in the South West of Western Australia.

The brewery which opened in December 2006 currently has six beers available on tap including Cowaramup Pilsener, Hefeweizen, Special & India Pale Ales, Cowaramup Stout & Cowaramup Lightsign Summer Ale. The Cowaramup Pilsener was awarded the Champion Lager Trophy at the International Beer Awards in May 2011 beating those entered by Coopers, Swan, Heineken & Toohey’s to name a few. The award is a great honour and recognises the excellent beers produced at the Cowaramup Brewery.

The venue itself consists of the brewhouse, bar and restaurant with shaded decking and beautiful beer garden overlooking the surrounding rural area and a small dam. The brewery is family orientated with a children’s playground that can easily be seen from all areas. There is also ample area for a friendly game of Footy or Cricket, Petaque or Jenga – which ever you prefer!!

Nine varieties of hops are also grown on site and some of these hops are used to produce the beers.